In order to approach the 4.0 Industry revolution, new professionals, like Digital Manufacturing Designers, are needed.

1 Feb 2017
From Smart Cities to Smart Forests: Trentino is leading the revolution...

From smart cities to smart forests.

The satisfaction was great when, in September, a group of students from the Mechatronic Engineering Department of the University of Trento passed the first selection of the "Texas Instruments Innovation Challenge 2016", winning a cash prize of one thousand dollars. Now the same group of young experts in Mechatronics can boast also the first prize in the category "Industrial" of this international competition, now in its seventh edition. The awards were held in December at the Munich Electronic Fair and the victory led to the Trentino team a cash prize of $ 5000 plus the ability to participate in a training week at the Center for Innovation and Business Creation of TUM Munich University. 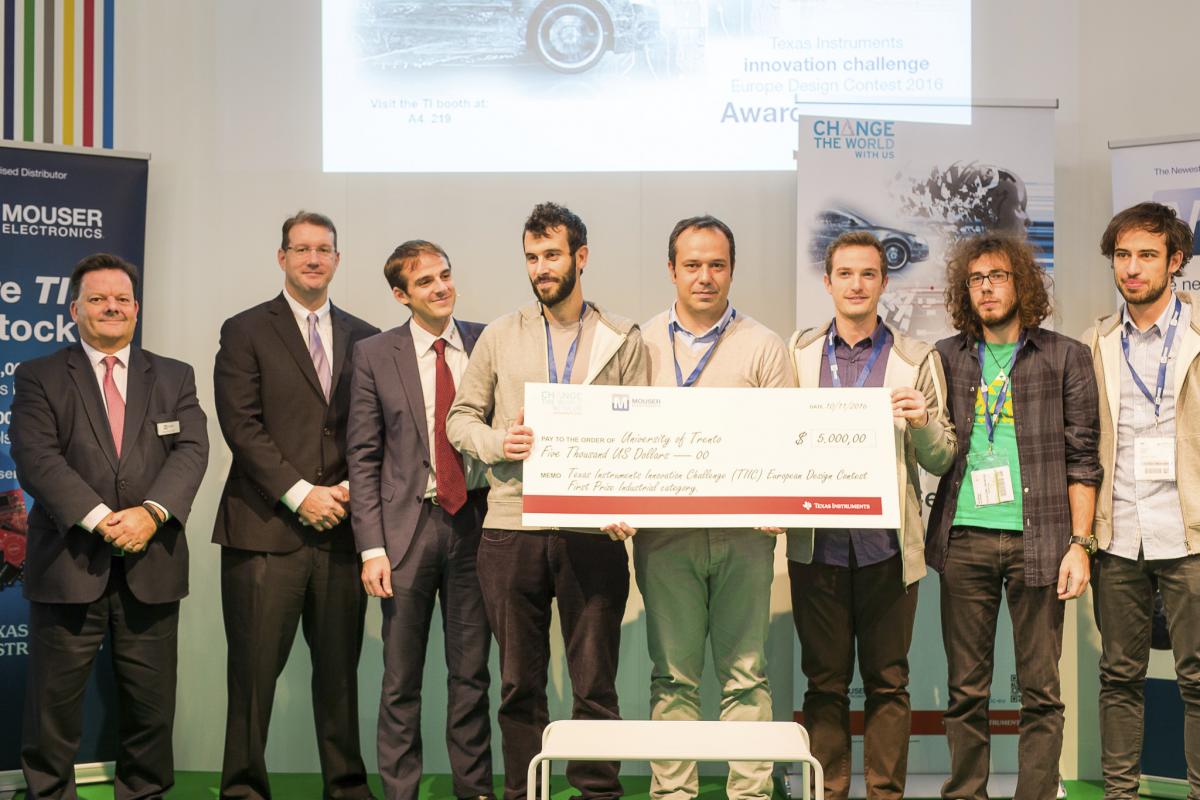